Gifty’s brother, Nana was the beloved son of his mother, popular, and a gifted sportsman.  The impact of his death on Gifty and her mother forms the nucleus of a story which explores addiction, mental health, and the tension between scientific research and religious belief.

If that sounds a heavy mix, it doesn’t feel like it, as Transcendent Kingdom is completely absorbing.  The relationships of the main characters ring so true: they are sometimes awkward, and not always likeable, but you can’t help but sympathise with them.  The peripheral characters add a touch of lightness, and I especially liked Han, with his embarassed ears, and Katherine, who sticks with Gifty.

It was a real pleasure to read a book with a successful woman scientist as the main character, and I enjoyed learning about her research into neuroscience almost as much as I enjoyed her life story.  Beautifully written, thought-provoking and deeply moving, this is a refreshingly different read. 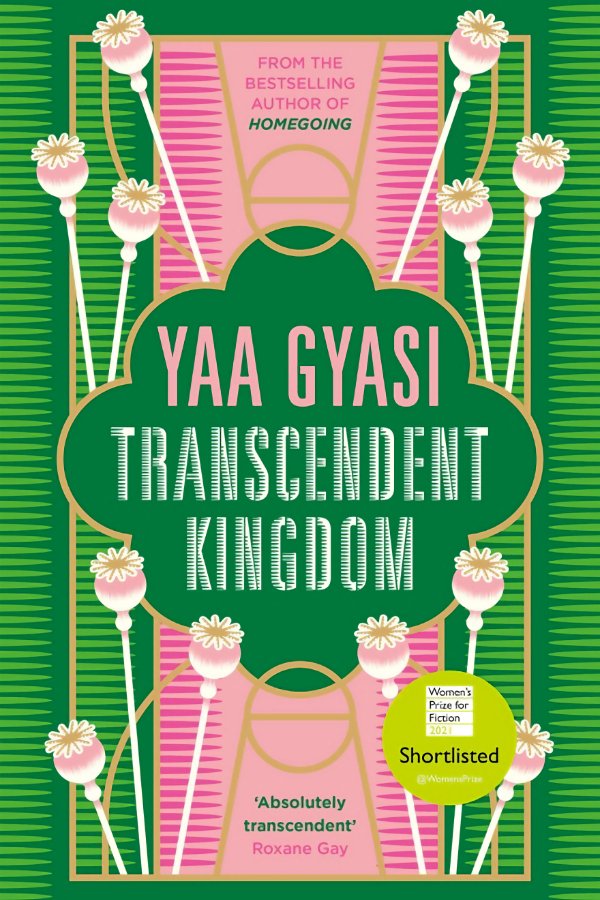