Beneath the waters of Tobermory Bay and only a stones throw from Tackle and Books lies £30 million in GOLD (or so some say!). This gold is a treasure contained in the remains of a Spanish galleon sunk in 1588 by members of the Clan MacLean.

The wreck and its treasure were granted to the Duke of Argyll and his descendants. Over the years many attempts have been made to find the treasure. Most recently the very latest in high tech equipment was used to establish the exact site of the galleon. Not an easy task as the wreck lies beneath five metres of mud. So far the quest has found artifacts such as cannons, cannon balls and two pieces of eight. Enough to confirm the story but that's all.

If the wreck can be found this would be of major historical interest - to say nothing of finding some doubloons! Perhaps next time? 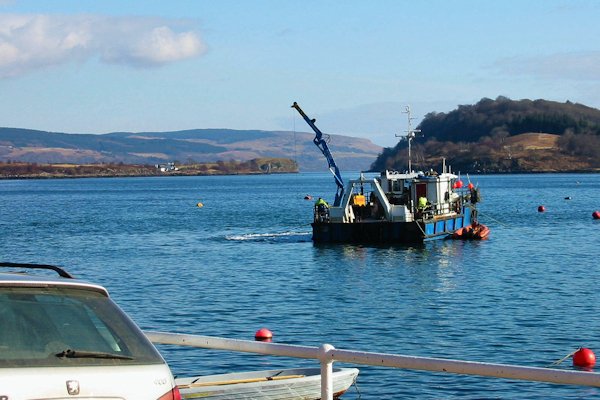