I’m a huge fan of ‘Sal’, Mick Kitson’s first book, and was curious to see how he would make the change to writing a historical novel.

Annie Perry is sold by her starving family to a drunken prizefighter, exchanging her Romi life for one in the increasingly industrialised town of Tipton. Annie is one of the few people unafraid of her adoptive father’s fearsome strength, and manages both him and the Champion of England, the alehouse he buys for his retirement.  She learns to fight, training with Bill’s friend, Janey, to become formidable performer.  At the same time she demonstrates a capacity for learning, reading not only the Bible, but also the poems of Mr Wordsworth and Mr Rabbie Burns.

Annie and her adoptive family are vividly portrayed, and their love and loyalty to each other makes them very likeable.  But equally vivid is the world they live in, with increasing industrialisation, civil unrest, strikes, the rich man in his castle, and the never-ending battle against dirt and grime from the polluting works. Like Sal, Annie is tough and resourceful, and she needs to be in a world where working people are exploited by the manufacturers, and starvation is a constant threat…  I’m not a fan of violence, and there is plenty of blood and gore in ‘Featherweight’, but it never feels gratuitous.  Annie and her associates fight because it makes economic sense, and offers them independence.

The plot of the novel rattles along.  It’s a rags to riches story, with shades of Victorian melodrama and Penny Dreadfuls – there are wicked noblemen, family tragedies and even a highwaymen.  I raced through the book, desparate to find out what would happen to Annie, but this is one of those deceptive books that leaves you with a lot to think about after you’ve finished. .  I really enjoyed it, and can’t wait to see what Mick Kitson writes next. 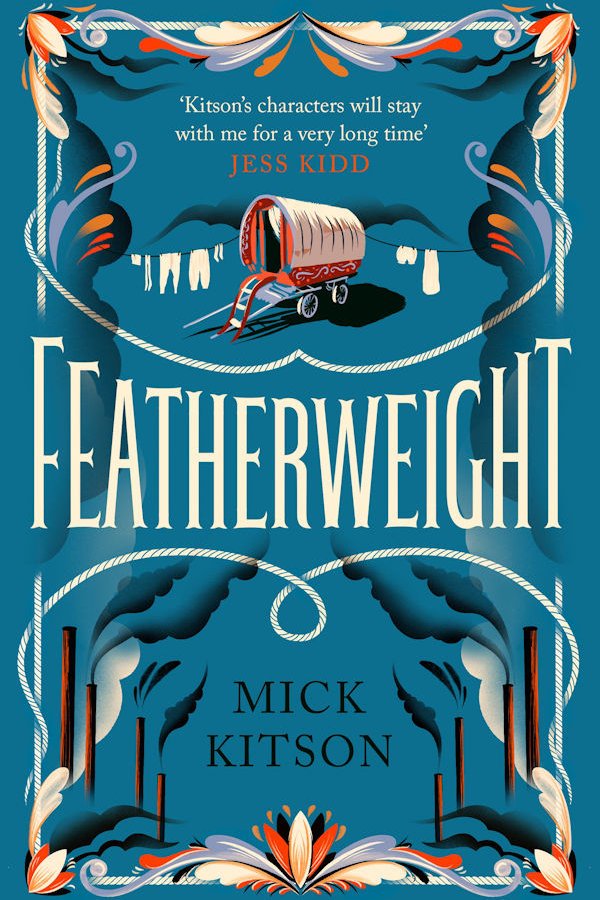